He is a powerful presence from the jump; with piercing ice-blue eyes and deep voice, his Todd is more haunted than demonic, which makes him sympathetic as well as frightening. Alex is an astounding Mrs. Lovett, as richly layered as her phenomenally colorful costumes (designed by Michael Wilson Morgan), full of longing and wile, she’s hilarious, beautiful and weird, and her singing has never sounded better. She’s a force, and with Newman, they draw every bit of comedy and depth from this script and score — and these marvelous characters. Their “A Little Priest” is a scream, a wonderful bit of levity that emerges after the strange tenderness of Newman’s “Epiphany.”

Newman reveals his true power as Sweeney Todd. His presence is frightening and commanding. Here is a man who was wronged and has returned to right all that he saw was wrong, never once caring whether what he is doing is also wrong. He showed his mastery over Sondheim’s tricky lyrics and displayed full confidence as Todd. 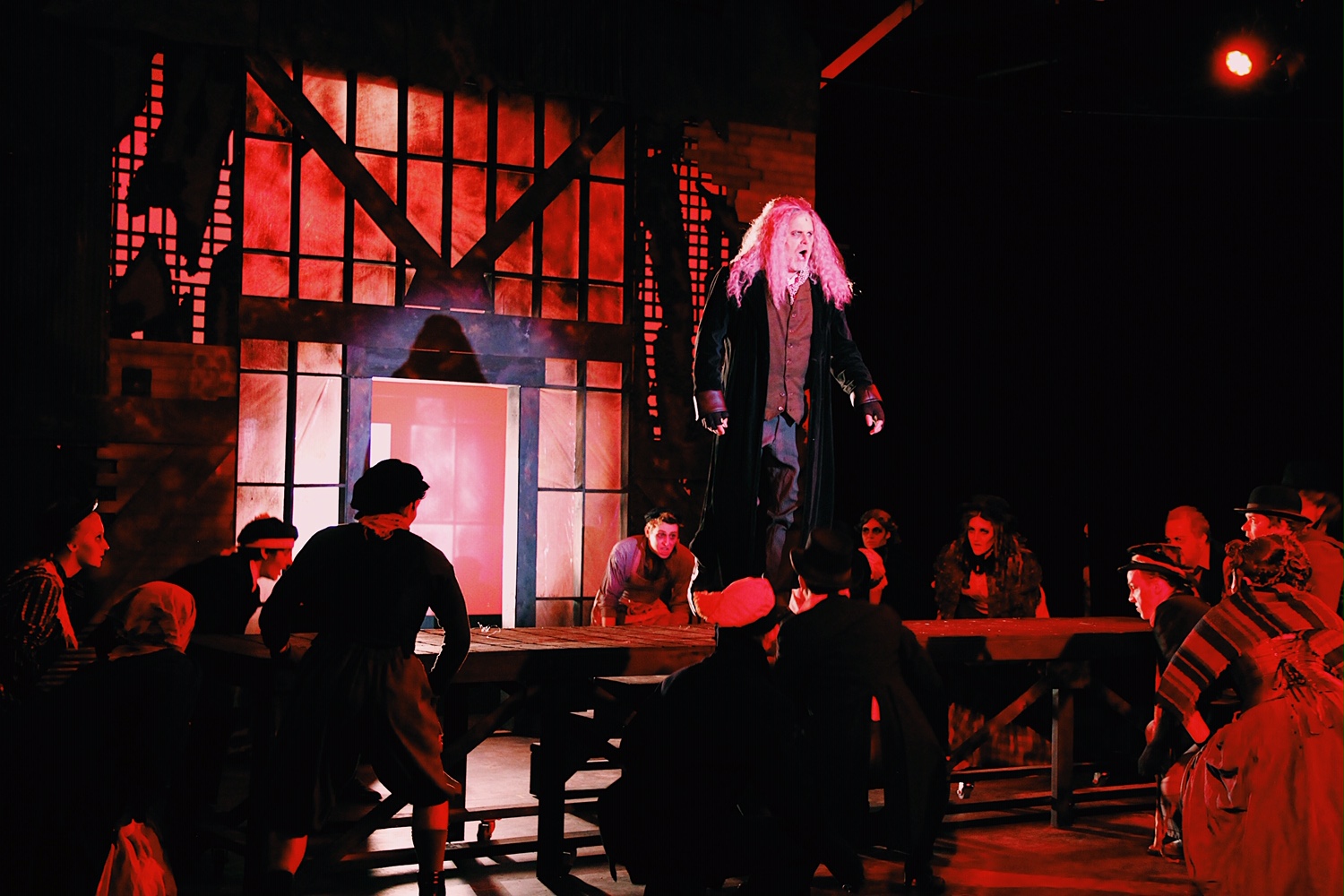 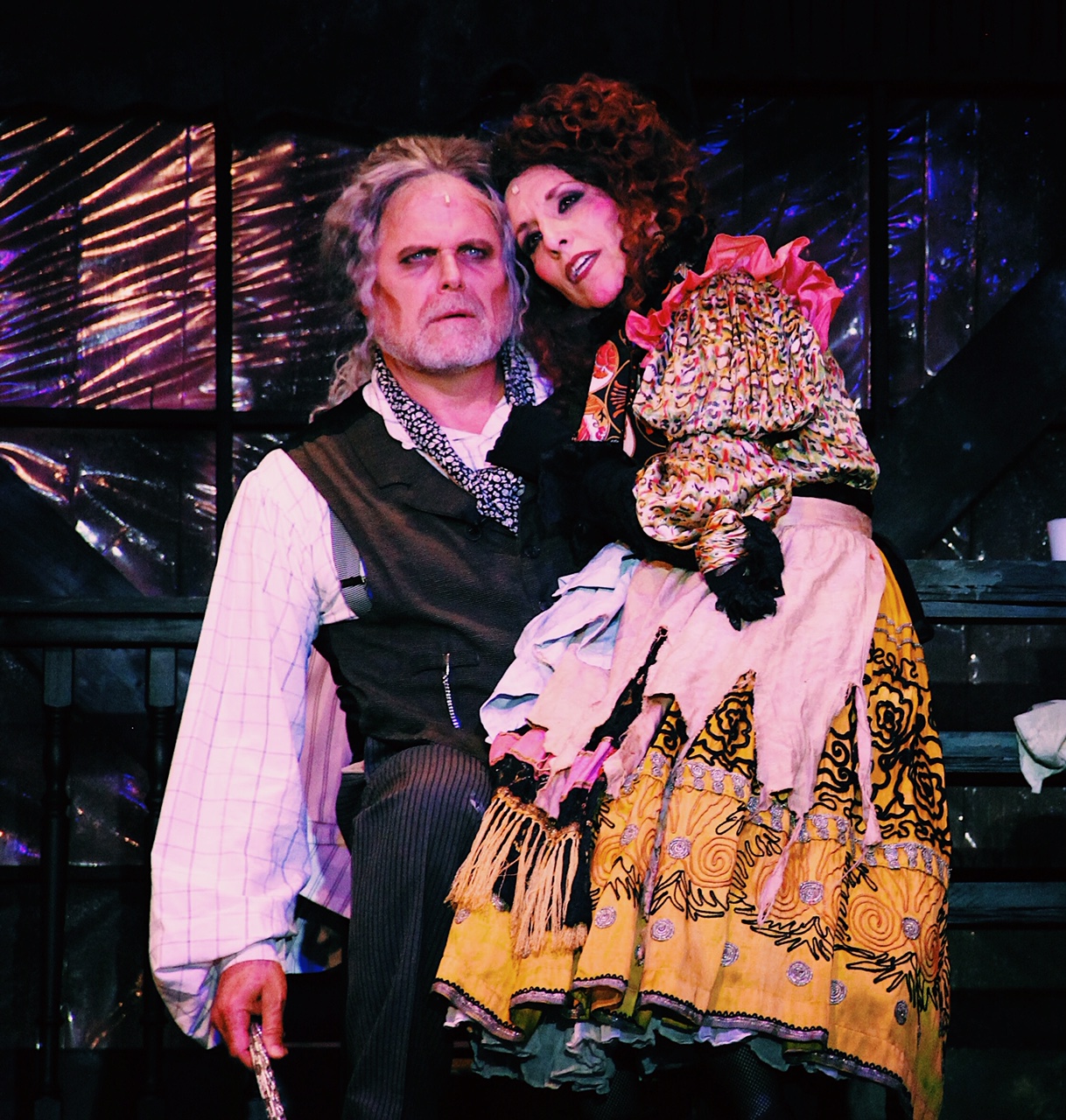 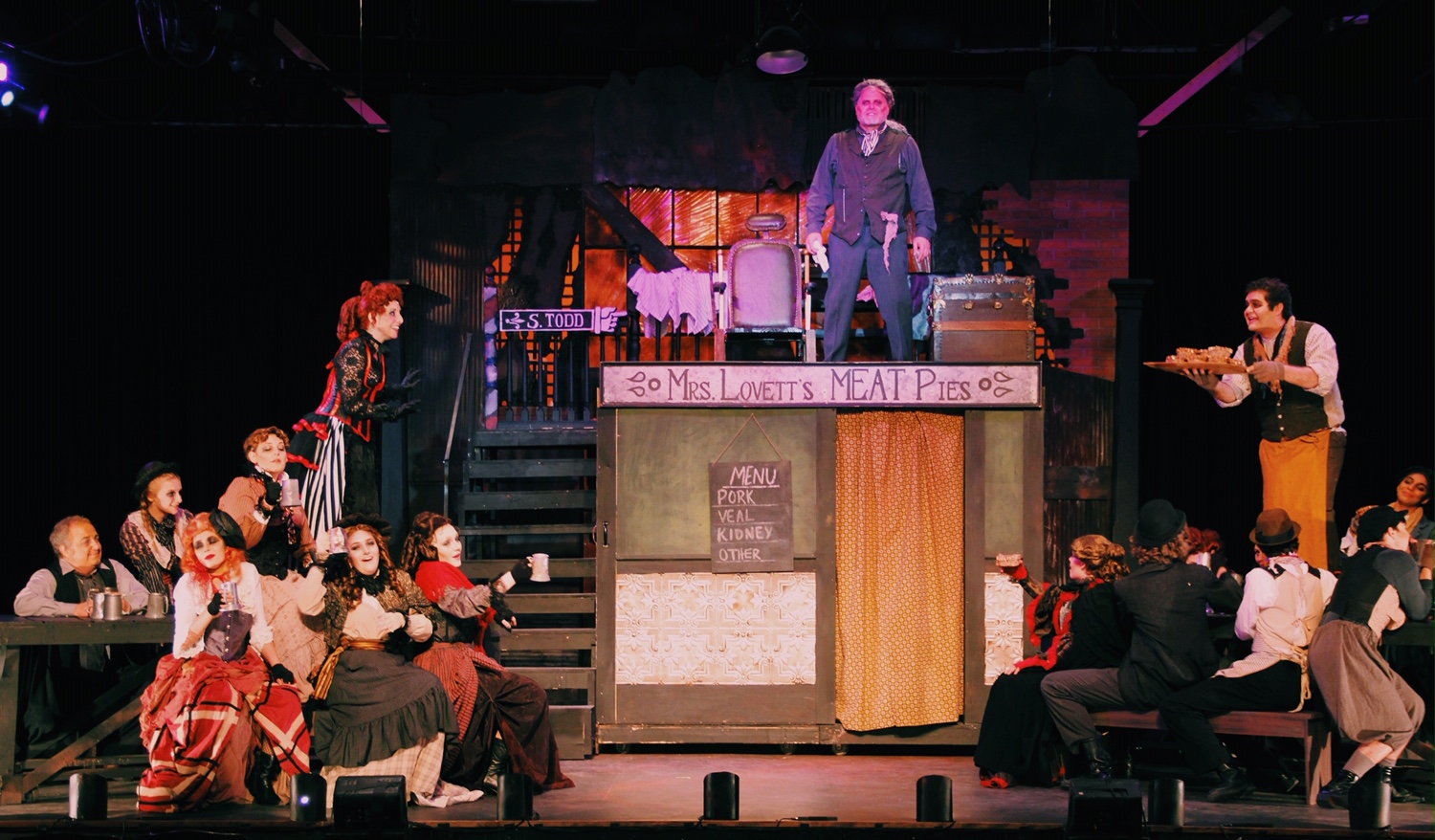 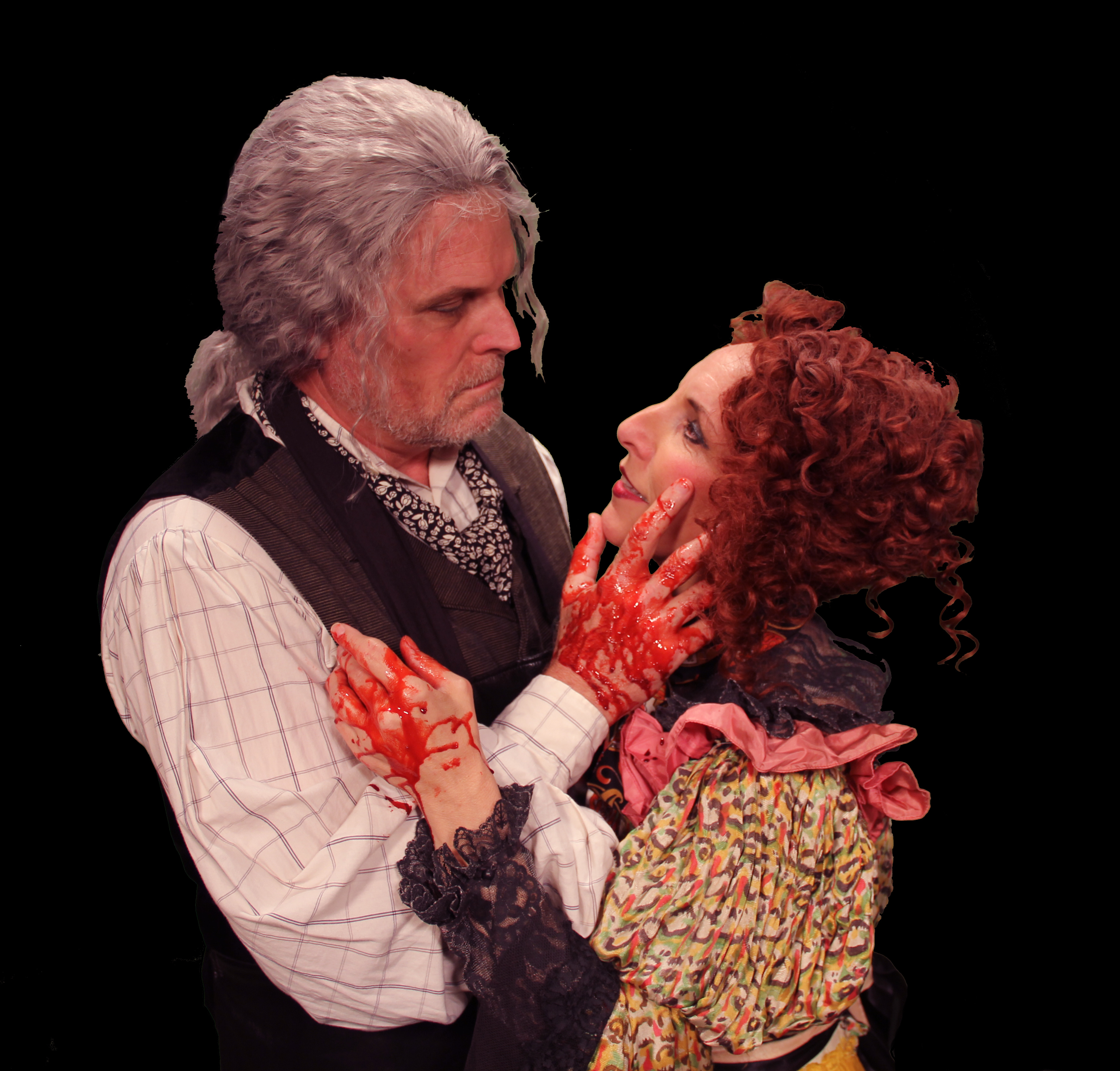